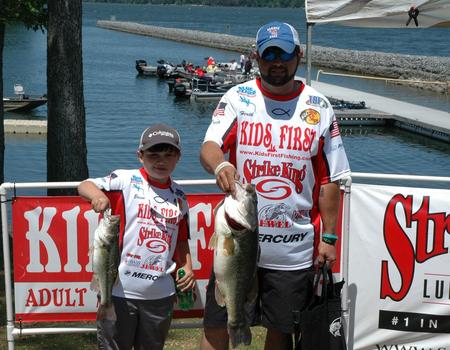 Today’s tournament brought 24 teams and 26 youth to JP Coleman State Park.  The weather conditions for today’s tournament were difficult.  For safety reasons we were the last of three tournaments blasting off from JP Coleman this morning.  The wind picked up early and steadily got stronger as the day progressed.  Competition for protected fishing spots was stiff with most recreational and tournament boats wanting to find refuge from the wind and waves.  To add difficulty to an already challenging situation the bite was off as well.  This was confirmed by only two of today’s twenty four teams able to find a five fish limit!

The team of Billy Loflin, Blake Loflin, and Logan Ward have proven themselves a competitive team throughout the tournaments this year.  Today this team put together a five fish limit topping the scales at 13.64 pounds earning a well-deserved first place finish.

In third place was the team of Heath and Brycen Dees.  Heath and Brycen were able to pull together a two fish limit for a 11.50 pounds – Yes TWO fish!  Their kicker fish weighed an astonishing 9.47 pounds, which also took the tournament big fish!

In the team AOY points standings a real battle is taking place.  The team of Holmes/ Holmes and the team of Loflin/Loflin/Ward are tied at 382 points.  The team of Miller/Miller is trailing by just 4 points with a total of 378 on the year.  With 366 points the team of Dees/Dees and with 363 points the team of Hughes/Hughes are still in the running.  We will throw out the lowest of the six tournament finishes so the race is still wide open.

In the Youth Angler Of The Year standings Layton Monroe leads the 10 years and younger division with 7.23 pounds.  He is followed by Jude Coker with 4.69 pounds.  In the 11 to 14 year old group Fisher Holmes has taken the lead with 13.26 pounds.  He is followed by Jaxon Sullivan with 11.48 pounds.  In the 15 to 18 year old group we have another heated battle taking place, interestingly it is between two youth members on the same team.  Logan Ward is leading with 13.80 pounds, trailing just ounces behind is Blake Loflin with 13.34 pounds.  The Youth AOY is based on a single fish weight caught by the youth at each tournament.  We will be dropping the lowest weight of the six tournaments to get the winner in each of the three age groups.  One big fish can shake things up, so every youth fishermen still has a chance to win!

As many of you know Kids First were the weighmasters for last year’s Pickwick Catch A Dream tournament.  We are privileged to be serving as the weighmasters this year as well, the tournament will be June 18 at Pickwick Landing.  This year we held a raffle for a free entry into this year’s Catch A Dream tournament for one of our Kids First teams.   We were able to raise $360 in the raffle which will be donated to the Catch A Dream Foundation.  The winner of the raffle is Wayne and Fisher Holmes, we wish you the best of luck!

We have some exciting activities planned for this year’s Catch A Dream and are inviting all our Kids First teams to join us.  At 12:30 the day of the tournament the Itawamba Community College Fishing team will be on hand to give a fishing seminar.  Following that we have a meet and greet with Joe Thomas from Stihls Reel In The Outdoors and our Catch A Dream Emcee.  We would love to have our Kids First teams stick around and volunteer to help with the televised weigh in.

Thank you to all the teams that came out today!  We look forward to seeing you on June 18 for the Catch A Dream activities and then again on June 25, 2016 at Pickwick Landing for our next tournament. 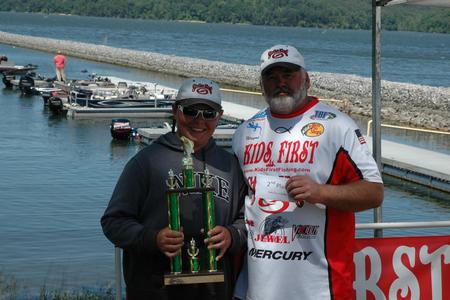 There was an issue with some of the cameras files.  Our apologies if your picture is not shown below. 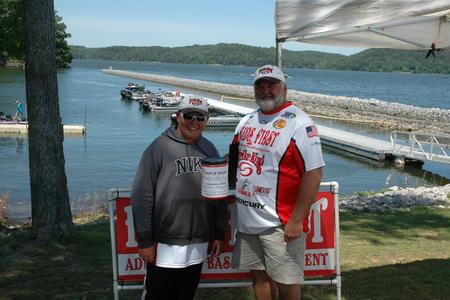 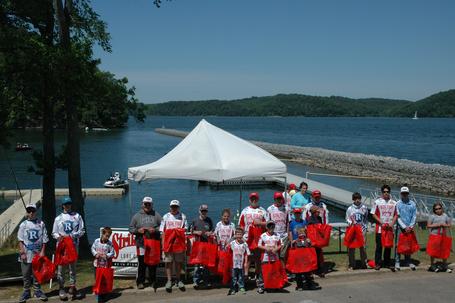 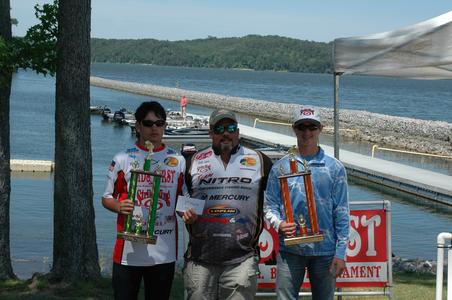