The weather was fantastic for the 28 teams and 32 youngsters that fished in today’s tournament.  Even though we are in prime spawning fish catching time full limits proved to be a difficult task for most teams.  Even though full limits were hard to catch the average single youth fish was just over 3 pounds for the 17 youth fishermen and fisherwomen that weighed youth AOY fish today!

The team of Wayne and Fisher Holmes figured out today’s winning pattern and put together a five fish limit anchored by a 4.47 pound small mouth.  Their total weight topped the scales at 17.40 pounds earning them first place honors.

The always consistent team of Nick Hart, Jaxson Sullivan, and Chase Milholen also put together a respectable bag.  The bag was anchored by a 5.64 pound small mouth and tipped the scales at 14.70 pounds giving the second place and tournament big fish today.

In third place today were newcomers Rorie Coker and Jude Coker.  They managed a five fish limit coming in at 13.73 pounds.

The AOY races are heating up but with three tournaments to go there is still time for teams to shake things up.  The team AOY is lead by Nick Hart/Jaxon Sullivan/Chase Milholen but following close behind is the team of Wayne and Fisher Holmes.

Thank you again to all the sponsors and competitors for supporting Kids First! 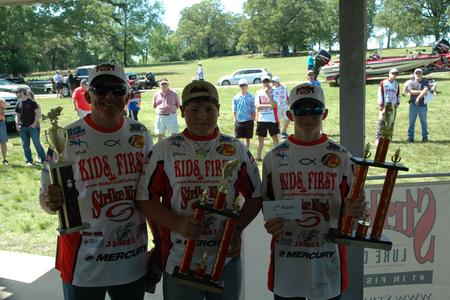 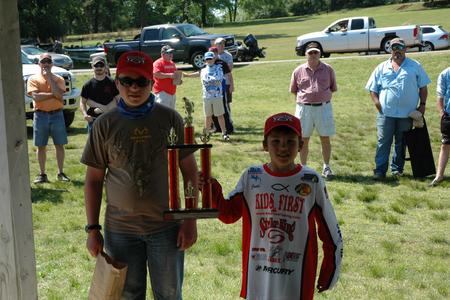 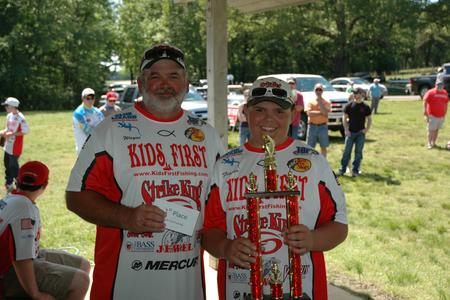